On May 29, in the framework of the EU DisinfoLab Conference in Brussels, a session dedicated to the Erasmus+ Project ‘Open Your Eyes’ was held. The session has gathered around 80 participants working on media literacy, journalists, tech companies and researchers.

Open Your Eyes targets adult learners and educators, improving their digital skills, raising awareness of the concept of fake news and providing the needed tools to combat it. Currently the project is working on the design of a toolkit for adults to identify fake news and fight the spread of disinformation online.

The project intends to deliver two main outputs: 1) “Check IT Out” Database: a collection of scientific data, best practices and initiatives that enables users to develop a critical approach to news consumption and hopefully trigger their critical sense towards this issue and 2) “Check IT Out” Labs: held by especially-trained adult educators and based on the previously developed database. The Labs will target groups of 10+ adult learners in partner countries with the objective of developing their critical and digital skills, bringing them closer to the concept of fake news and ultimately spreading awareness about the topic within their network.

The opening of the session “Open Your Eyes” was held by the Executive Director of EU DisinfoLab, Alexandre Alaphilippe, who has highlighted the necessity to share relevant tools and methodologies to reinforce media literacy among all generations. It is to mention that the EU DisinfoLab is a partner of the Open Your Eyes project.

The 3 initiatives presented during the session are all part of the “Check IT Out” data base.  Drog , a media literacy game designed both for kids and for adults, Lie Detectors, an award-winning project liaising teachers and journalists and The News Evaluator project of Uppsala University were represented in the session.

First, Thomas Nygren, Associate Professor from Uppsala University has presented the News Evaluator project highlighting its main purpose, goals and findings. The project aims to investigate credibility of teenagers’ newsfeeds, teenagers’ and adults’ digital source critical skills and the impact of evaluating personal newsfeeds. One of the main findings of the project is that teenagers in Sweden read and share primarily credible news from established news media. He has also highlighted a collaboration with the Drog project represented by Marije Arentze. 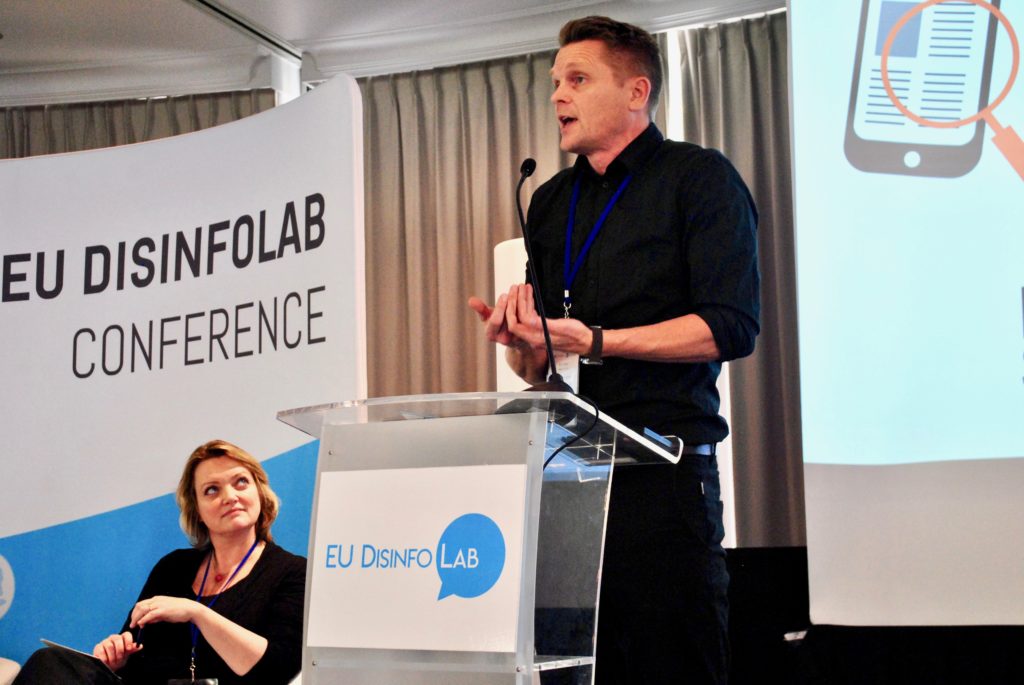 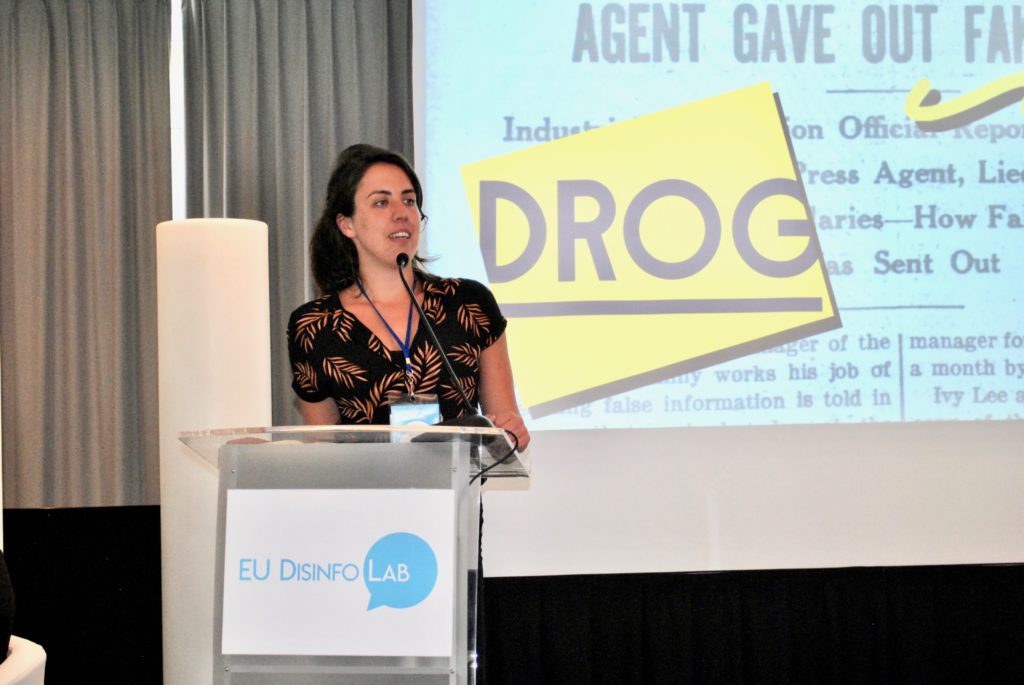 Ms Arentze, Project Coordinator of the Bad News Game of Drog has presented the main results of the game and highlighted that the game helps to build resilience in people’s minds towards disinformation and bad news. Designed both for kids and adults, Drog makes media literacy education more fun. In cooperation with the University of Cambridge, Drog has developed in the form of a game an “innovative vaccine” to show you how various tactics and methods are used to spread deceitful messages. For Drog, the best way to cultivate a sixth sense to recognise and expose disinformation is to create it yourself.

Juliane Von Reppert-Bismarck, Founder and CEO of Lie Detectors has described how the project helps teenagers and pre-teens learn how to spot and resist the growing volume of manipulative media crowding their Facebook, Instagram and Snapchat accounts as they start to forge an independent world view. They do it by deploying journalists and selected media experts to teach in classroom sessions, recruiting them primarily from alumni circles of recognized journalism schools currently focusing in Belgium and Germany. Classroom sessions are free of charge and include an overview of fake news, methods of testing for misinformation, and analysis of drivers of the fake- news phenomenon. 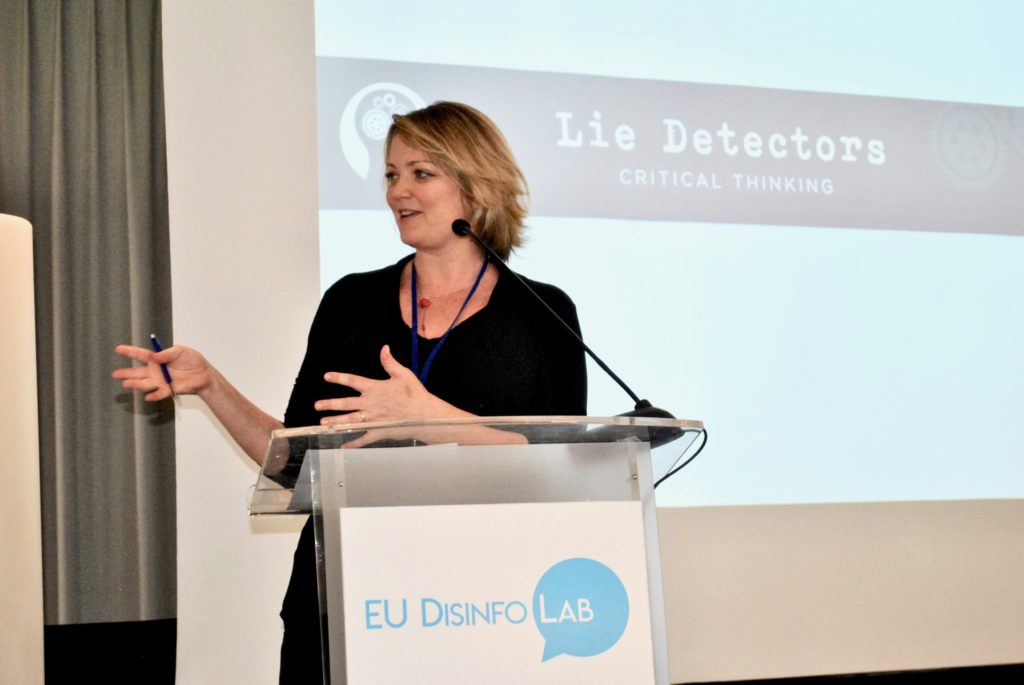 The presentations were followed by a Q&A with the public and were concluded by Alexandre Alaphilippe, who has encouraged the audience working on media literacy to fill in the survey designed for the “Check IT Out” Database of the Open Your Eyes Project.